The first two papers on disease research in band-tailed pigeons have been published. The papers are the result of a collaboration between the UC Davis Wildlife Health Center and the CDFW Wildlife Investigations Lab. 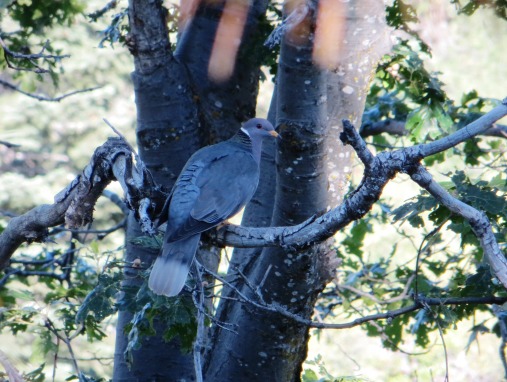 Pacific Coast band-tailed pigeon. Note the characteristic white crescent and iridescent greenish-bronze patch of feathers on the hindneck and black-band on the tail. Photo by Krysta Rogers, 2013.

If you have any questions about the project, or would like to report sick or dead band-tailed pigeons, contact Krysta Rogers at 916-358-1662.