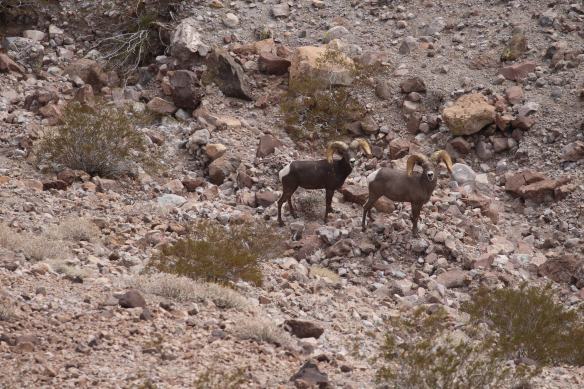 The San Gorgonio Mountains in Southern California are home to a population of desert bighorn sheep.  At least 20 bighorn have died in the past few months.  Click on the link below to learn more about what is being done to investigate the causes of the mortality event, and the important collaborative roles played by California Fish and Wildlife field biologists and veterinarians, land owners, California Animal Health and Food Safety Laboratory, and volunteers. 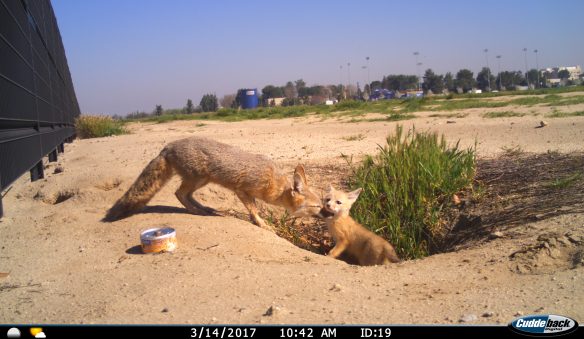 All photos provided by Jaime Rudd

Work continues in investigating the deadly mange infestation in the endangered San Joaquin kit fox.  Endangered Species Recovery Program and the California Department of Fish and Wildlife, Wildlife Investigations Laboratory are collaborating efforts to research the local population in Bakersfield.

To learn more and to find out how you can help, please click on the link below. 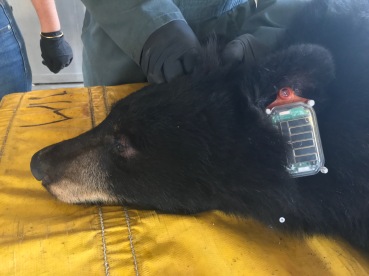 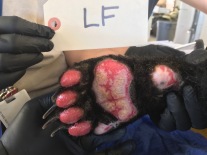 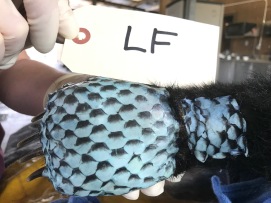 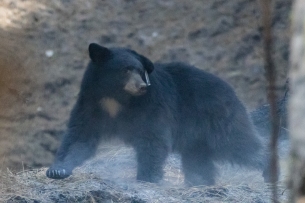 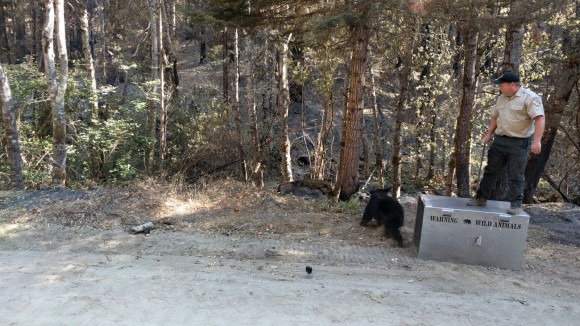 Please go to California Department of Fish and Wildlife Facebook page for the latest update on the two bears that were burned in the Thomas Fire in late December/early January! Both bears were suffering from extensive burns to their paws when they were brought to CDFW’s Wildlife Investigations Lab in northern California. The link to the Facebook page is below. 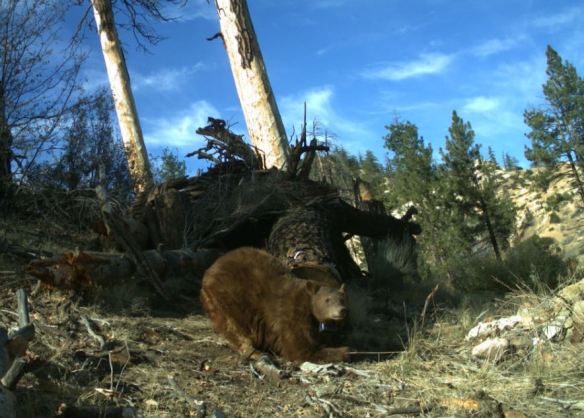 One of the two bears that were burned in the Thomas Fire caught on trail camera after release. 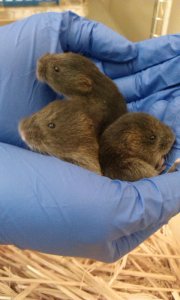 Since 2014, CDFW-WIL has partnered with UC Davis in order to create and maintain a breeding colony of Amargosa voles essential to the recovery of the species.  If interested in learning more about the history and progress of the colony, please read more here.  Below is a video showing a few of the vole pups bred in captivity (Credit: Janet Foley).

[*Note from the lab’s Dr. Deana Clifford:  Wev’e been a bit quiet for a while, but not because we’ve disappeared.   We are re happy to start back up again with a 3 part special series updating everyone about our exciting multi-agency/academia/NGO effort to save the critically endangered Amargosa vole. Stay tuned-more posts coming from our activities including voles, fishers, and bighorn sheep!] 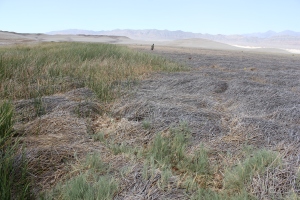 Austin Roy at Site 1 in July 2014. Notice the degraded brown bulrush habitat on the right and only moderately healthy bulrush on the left. Photo by Risa Pesapane

Captive breeding can sometimes be an effective conservation method in the toolbox available to wildlife managers. It’s often employed as a last resort when other conservation efforts have not succeeded.  Wild-caught animals are brought into a captive environment and mated for the purpose of increasing the species’ numbers and/or to create an insurance population in case the wild population goes extinct.    Captive breeding programs have helped in recovery efforts for  several endangered species including the California condor, black-footed ferret, island fox, and peregrine falcon.

Our research team from CDFW and UC Davis have been monitoring the population of the endangered Amargosa vole (Microtus californicus scirpensis). In July, we observed that the habitat of the marsh where most remaining voles live was rapidly degrading.  At the same time, vole numbers were rapidly increasing as part of a normal birth pulse cycle.  The shrinking marsh was not going to be able to support the number of voles being born so we consulted with our collaborators in the Amargosa vole working group (the US Fish and Wildlife Service, Bureau of Land Management, US Geological Survey, and UC Berkeley) and brought 20 young voles (that would have likely died in the wild) into captivity to try to establish an insurance population of voles. 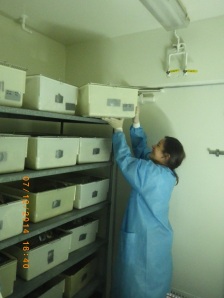 Ten males and 10 females were brought to UC Davis and placed into indoor quarantine in late July 2014.   Individuals underwent disease and genetic testing to decide which individuals would be paired for mating.  After quarantine, voles were placed into pairs for mating.

In October, we successfully weaned our first litter of Amargosa vole pups!  This is the first step to expanding the captive population to the point when animals can begin to be released into the wild to supplement the wild population.  The voles are currently being housed indoors, but we are in the process of creating outdoor pens for the voles where they will experience conditions more closely resembling their natural marsh environment.

While a small step has been made towards the recovery of this endangered species and the path forward remains long, our team remains committed to saving the Amargosa vole.

Click on the links below to read about the Amargosa vole captive breeding program and see more pictures:

Today we feature an article that looks at how the Department of Fish & Game utilized controlled burns as a management tool.  As the article states, fire has influenced plant and animal species for centuries.  It is a common misconception that many animals are killed by fire.  In fact the primary effect fire has on wildlife is habitat alteration.  Some plant species have actually adapted to cope with fire. This article mentions pyriscence as an example. Pyriscence is when the maturation and release of seeds is fully or partially triggered by smoke and/or fire resulting in new plant crops.

Managing habitat with fire also reduces fire risk by lowering the fuel load.  Large fuel loads -dead plant material and brush build up- that are allowed to accumulate over time cause fires to burn hotter and spread more rapidly.  These are the types of wildfires that are more likely to become dangerous and destructive to people and property.

Using fire as a tool is still an important technique in managing habitat for various species of plants and animals today.  This article originally appeared in the November-December issue of Outdoor California in 1973. 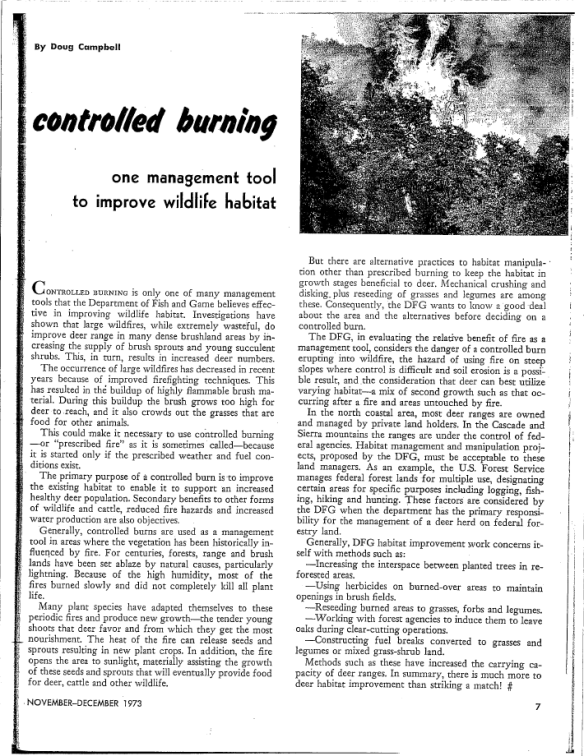 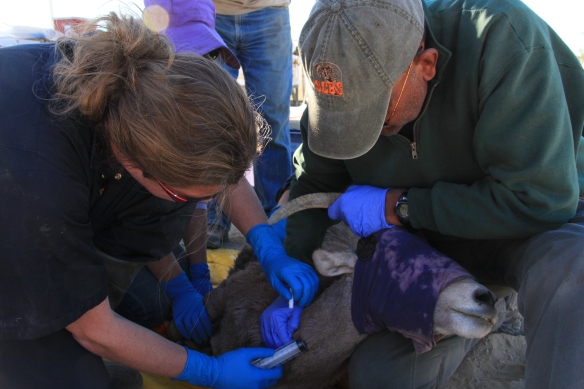 Early November 2013 was a busy time for Wildlife Investigations Laboratory staff.  Two important disease surveillance projects for bighorn sheep were conducted in the Mojave National Preserve in San Bernardino County and the Peninsular Ranges in San Diego and Imperial Counties.  A total of 91 sheep were captured, GPS collared for monitoring and biological samples taken so that a variety of disease tests could be done.  One significant test is for Mycoplasma ovipnenumonia, a bacteria that caused a bighorn die-off in the Mojave earlier this year. Scientists will use the laboratory results (still pending) to determine the cause of the disease and to document the number of animals involved and the geographic extent of the outbreak.

These projects could not have been conducted without the many partners involved including; The National Park Service, the Society for the Conservation of Bighorn Sheep, California Wild Sheep Foundation, United States Fish and Wildlife Service, Bureau of Land Management, Oregon State University and Colorado State University. 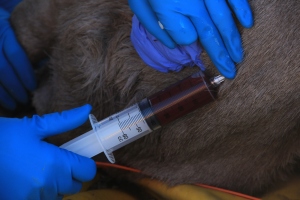 Taking blood samples from bighorn sheep for use in disease testing. (Photo courtesy of George Kerr, Society for the Conservation of Bighorn Sheep) 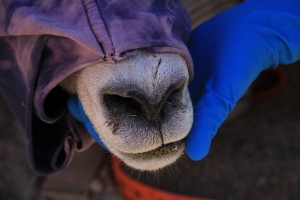 Inspecting bighorn for signs of respiratory distress. (Photo courtesy of George Kerr, Society for the Conservation of Bighorn Sheep)

WIL received 30 mortality reports submitted by the public from July 2012 – June 2013.  These reports documented mortalities in 21 different species and have been added to a permanent record so that we may potentially be able to detect phenomena such as seasonal mortality trends or weather mortality events in the future. 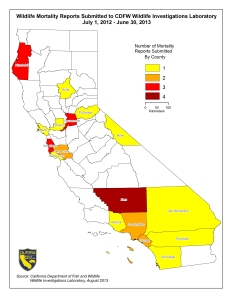 Public reporting makes a valuable contribution to the information we are trying to collect and is an important source for disease outbreak monitoring and emerging health threats. Please help us monitor the fish and wildlife populations in California.

For more information on wildlife mortality reporting, please follow the links below.